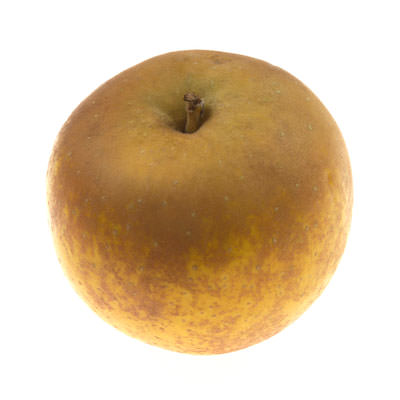 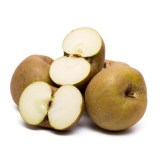 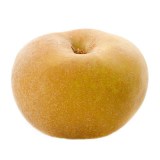 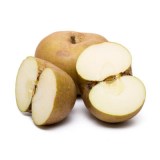 Product Availability:   No stock
The Russet apple is large, flattened and with rounded shape. The skin is usually yellow with flecks or greenish and has an intense bittersweet taste.
3,61 €
Discount
Price / kg:
Ask a question about this product

The fruit pulp is white and has a bittersweet flavour reminiscent of a hint of muscatel. It is easy for the pulp to acquire a brown touch due to its iron content but usually remains whiter if is of acid type. It has a dense and doughy consistency when cut is flourier than other varieties. It is an apple of high longevity because although its skin is wrinkled and dry does not lose flavour which tends to intensify. The Russet apple of Bierzo in Spain has five times more vitamin C than any other apple.

It is one of the apples most used for whole roast flavoured with a touch of cinnamon or other autumnal species and a little sugar.

The first reference to the variety Russet emerged in France in 1540 by French physician and writer Estienne. It is believed that the large amount of current varieties of Russet originated in the initial "white russet". There are several theories about the origin of the name "Russet" being the most popular referenced one to "queen" in French (reinette ou rainette) for being a queen of apples.

In Spain Russet from Bierzo is a very popular apple enjoying designation of origin for years.