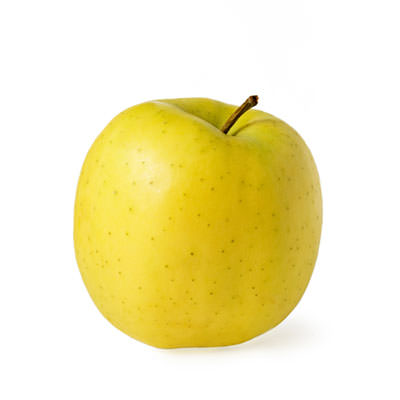 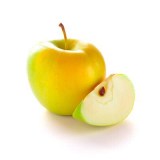 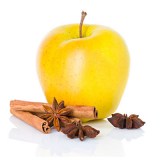 Product Availability:   No stock
The Golden Delicious apple is sweet, aromatic and rich in fructose. Its pulp is crunchy, juicy and fine. It has a light acid touch.
2,00 €
Discount
Price / kg:
Ask a question about this product

In optimal state of ripening is a golden apple that has rounded and smooth bright yellow skin. Its colour can range from golden yellow to greenish yellow. It is characterized by a sweet flavour and a crisp and juicy flesh. It is a large medium-sized fruit. Also noteworthy contain lenticels on its outer skin that are tiny black dots that allow fruit to breathe. It is a beloved apple for the kids due to their degree of sugar that makes it a delicious sweet apple.

This fruit is eaten fresh and used also cooked in many pies, baked etc. It is very aromatic both raw and cooked as it oxidizes less than other varieties and supports high temperature furnace well.

History of the Golden Delicious apple

The Golden Delicious apple appeared in the USA in Clay County (West Virginia State). It was discovered in the Mullins farm and marketed later in 1914 when farmers sold the production rights to a nursery. It is one of the apples grown worldwide.