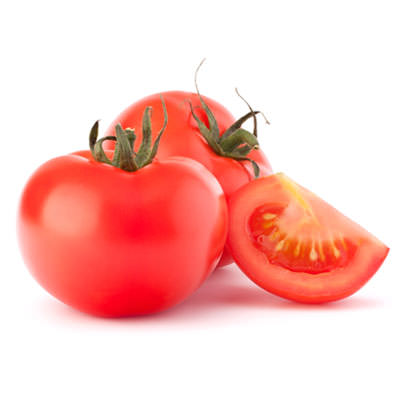 Product Availability:   In stock
Tomatoes are basic elements in world cuisines and accompany a multitude of dishes. In our greengrocer we have a wide variety.

We do not exaggerate when saying that there must be thousands of dishes in which the tomato is one of the main and even indispensable ingredients. Nowadays it is a staple in kitchens around the world. Eaten raw or fresh it is one of the main ingredients of the salads although its consumption is greater in fried tomato sauce together with pizzas, pastas etc. Tomato sofrito is another of the main elements of many stews.

History and origin of tomatoes

The origin of the tomato is located in the Andes in pre-Inca times. Archaeological remains of prehispanic ceramics have been found in northern Peru. There are also remains of wild varieties that even today can be found in these fields of the mentioned area of ​​South America.

The Aztecs among other civilizations used the tomato in their kitchen. It is believed that the fruit was already grown in southern Mexico around 500 BC. There is also archaeological evidence that certify that the green tomato that is still consumed in Mexico was used as food in pre-Hispanic times.

This reinforces the theory that the tomato was cultivated and consumed by Mesoamerican native habitants before the arrival of the Spaniards. The Mayans also consumed this fruit in southern Mexico over the 16th century.

As with many other cases the Spaniards distributed the tomato by the colonies of the Caribbean after the conquest of America. It was also taken to the Philippines and spread throughout Asia.

In 1540 the Spaniards took the tomato to Europe. The fruit adapted and grew well in the temperate climates of the Mediterranean. In 1608 the tomato appears in documents of the Hospital of the Blood in Seville that speak of its presence in notes of purchase to elaborate salads.

The first crop described in Italy was in 1554 by the botanist Piero Andrea Mattioli and it appears that they were yellow.

In the eighteenth century they were known as "apple of love" in France.

In Great Britain did not begin its cultivation until 1590 and already in century XVIII the tomato was consumed extensively in all Great Britain.

Properties and Benefits of Tomatoes

Carmen
Back to: Fresh vegetables