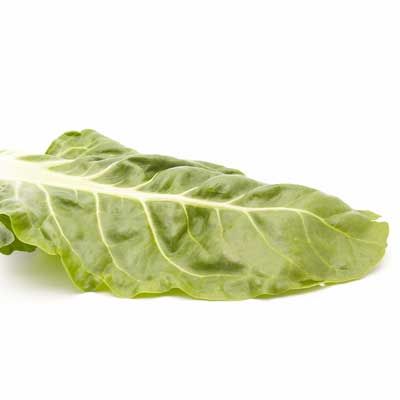 Product Availability:   In stock
Swiss chard are common green vegetables in healthy diets. They are characterized by their great content in mineral salts, fibre and vitamins.
0,95 €
Discount
Price / kg:
Ask a question about this product

It is a green leafy vegetable that is often used in Mediterranean cuisine. The stems of the leaves are large and are usually prepared separated from the leaf. This leaf may be green or reddish and the stems also have different colours and may be white, yellow or red. Chard has highly nutritious leaves that make it a popular food in healthy diets.

History and origin of Swiss chard

Some historians speak of Italy as the first reference of chard in food terms. Of course there was a climate suitable for rapid growth since we speak of a Mediterranean area with a mild climate and without major abrupt changes in temperature.

Today we have written references that place the origin of the chard in coastal regions of southern Europe and North Africa.

In written history we find references to consumption in Mesopotamia during the 9th century BC. And also the Greeks knew this plant in century V BC. They were enjoyed in the tables of Egypt, in ancient Rome and in the Arab world but it was the Greeks who would cultivate for the first time this vegetable taking full advantage of its therapeutic and medicinal properties. This is not always recognized in the historical literature due to the enormous variety of names that chard obtains in different languages ​​and because of its relation with beet and thistle, all this has caused  confusion in the awarded names among cooks for centuries.

The swiss chard was relegated to a sector of people with little economic power and for animal fodder. In the nineteenth century consumption of its root was almost abandoned for sugar production or alcohol extraction.

Swiss chard is native to southern Europe where it has grown spontaneously in the Mediterranean region and there are numerous varieties grown in all the temperate zones of the planet.

The dark era of this vegetable was left behind and nowadays it is a basic food in the houses of the entire world.

In Spain swiss chard stands out in Valencia, Murcia and Catalonia being the main producers and at international level they emphasize countries of Central and Southern Europe, North America and Asia.

Properties and benefits of Swiss chard

It is one of the vegetables that have more folates and also beta-carotenes (provitamin A) essential for the good maintenance of the skin, hair, eyes, mucous membranes, bones and the proper functioning of the immune system.

They do not have a high percentage of carbohydrates but water, and therefore more than an energetic vegetable we consider it a natural food regulator.

Its outermost green leaves are the ones that contain the most vitamins.

It stands out from the rest of vegetables for its higher content of sodium, iodine, magnesium, iron and calcium but the most abundant mineral is potassium.