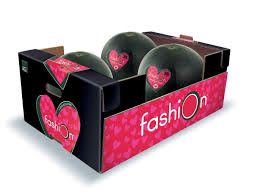 This fruit is grown extensively around the world. It is large in size with an average of 4 kilos. Seedless watermelon has a smooth texture with one or more green colours. Its red flesh colour is due to the antioxidant lycopene found in tomatoes also. Its flavour is sweet and is much appreciated for its freshness and its high water content.

In Spain it was introduced by the Arabs and our location in Valencia is a well know place for its tradition of watermelons the same as Andalusia.

History and origin of watermelon

Historians and scientists agree that watermelon originated in Africa and then spread to north Mediterranean countries and later to other parts of Europe.

However the consensus ends there because they do not agree in the area of ​​Africa where it was first cultivated.

Its cultivation dates back to prehistoric times since it was cultivated by the ancient Egyptians as demonstrated pictorial representations that have survived in the present. Watermelon seeds were found in settlements of more than 5000 years ago in Libya. They were also found in Egyptian tombs writings from 400 BC to 500 AC which indicate the spread of watermelon from North Africa to Mediterranean countries. Its content in freshwater for long trips is believed that helped in its expansion.

In Greece, Hippocrates and Dioscorides praised its healing properties and the Roman naturalist Pliny the Elder also admired this fruit describing it as an extremely refreshing fruit. It appears in Hebrew Scriptures around 200 AC in the same category as figs, grapes and pomegranates. There is a Byzantine mosaic of the year 425 AC in Israel depicting what appears to be a cut watermelon with yellow-orange flesh.

A wide range of varieties with different shapes, colours and cuts was described by European botanists in the sixteenth and seventeenth centuries. Varieties we know even today.

European settlers were the ones who brought this fruit to America.

Properties and benefits of seedless watermelons 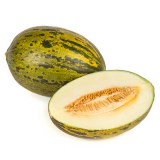