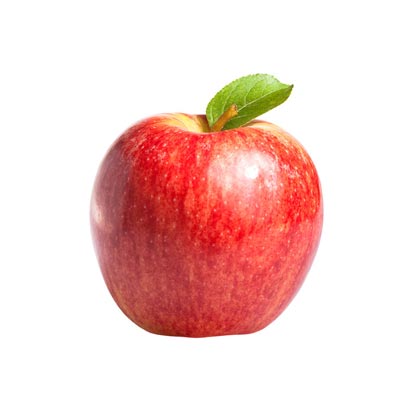 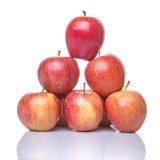 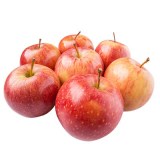 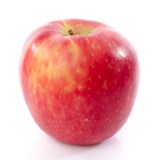 Product Availability:   In stock
Royal Gala apple is small to medium size and sweet, ideal for cakes, sauces and salads. Also very rich for a snack.
3,27 €
Discount
Price / kg:
Ask a question about this product

It is characterized by a deep red skin tone; the colour varies from yellow to almost orange with bright orange stripes on a yellow-green background. It is a very rounded sweet apple that fits perfectly into the hand of a child because its size is medium to small. Royal Gala apple is dense, sweet, aromatic and juicy. Its flesh is white and creamy with a sweet taste but not too stressed because it also has a touch of acidity. It is one of the most common apple varieties in our market.

These apples can be eaten fresh, including in salads or used as an apple for cooking and is particularly suitable for sauces. Unlike other apples this variety loses its sweet touch when cooked so it is not ideal for this purpose being more palatable raw.

Royal Gala originated in New Zealand in 1939 as a result of a cross between the varieties "Kidd's Orange Red" and "Golden Delicious". During a trip to New Zealand Queen Elizabeth II tried it and liked it, in her honour the apple is named Royal Gala.