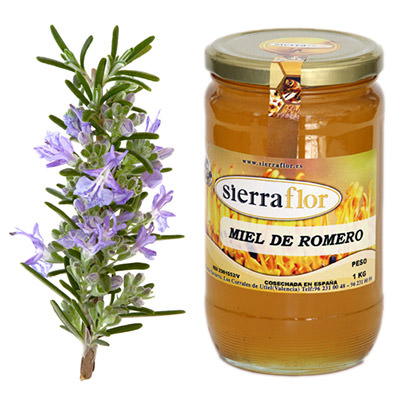 Product Availability:   No stock
The rosemary honey is quite thick, of amber clear colour that when crystallizing acquires a whiter colour and a harder texture.
7,23 €
Discount
Price / kg:
Ask a question about this product

The aroma is not very intense and of average persistence with floral tones. In the mouth increases the intensity of the aromas having a very mild flavour.

It is a honey rich in lithium so it is tonic, digestive, expectorant, balsamic, antirheumatic and disinfectant.

Among the many benefits of consuming this honey from Romero we highlight the following:

"From the virtues of rosemary could be written a whole book" already says the saying and is that after listing some of these what we can best do is invite them to try it as it is also a very tasty honey that we hope you like it as much as we .