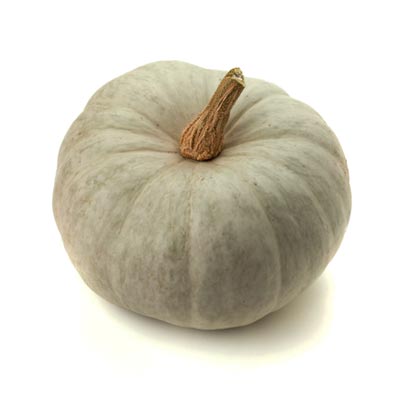 Product Availability:   No stock
Besides being a curious lanterns on Halloween, pumpkins are also used to make cakes, puddings, butter, cookies, soups etc.

History and origin of pumpkins

Its origin is uncertain although some historians place it in China while others say that the first pumpkins emerged in America in the territory that now constitutes Mexico. Its cultivation dates back to 5000 BC. It seems that some edible species were grown in Babylon and even on the surrounding areas of the Nile by the Egyptians.

In the beginning it was grown to leverage their seeds rather than for consumption. This changed once varieties with more fruity flavour and more flesh like the violin pumpkin emerged.

Following the theory of its origin in Asia, these were extended to Central America where they spread throughout America. Excavations kitchen items such as spoons or containers made from this material were found so we can say that initially were also used for this purpose and others including traditional musical elements.

They appeared at the same time in Mexico in civilizations like the Mayans, Olmecs and Aztecs while in China arose in the Valley of Yanzi Jiang.

Later in the fifteenth century the Spanish as with many other fruits and vegetables introduced pumpkin in Europe and followed a spread to countries with temperate and warm climate.

Properties and benefits of eating pumpkin