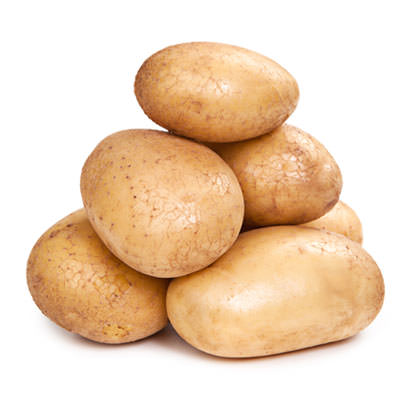 Product Availability:   In stock
Potatoes are a nutritious food, and very healthy. Nowadays it is a staple food grown in temperate regions all around the world.

History and origin of potatoes

The potato was first cultivated between the years 8000 and 5000 BC in an extension that today would include the Andes of southern Peru and the northwestern area of ​​Bolivia. From there it spread to the whole world becoming the staple food that remains today.

Although the theory of its Andean origin is accepted by the majority is on its route to Europe where we find more contradictory theories. What is certain is that it spread across the European continent through two entry routes, one in England, Ireland and the Netherlands and another in Spain, Portugal, France and Italy.

The botanists and chroniclers of the time often confused the potato with the Jerusalem artichoke, sweet potato, yam and cassava so the records of the time are very confusing.

The arrival of the potato to Europe

It took a long time for the potato to become a staple food for European countries because it faced great prejudices and traditions.

The European conditions of longer days in Europe meant that the wild potato did not grow in the same way as in its place of origin as it needed a sufficient amount of darkness.

In the early seventeenth century potatoes were grown in Ireland as it was the ideal crop for this island then affected by poverty. It was cultivated on stony soils and slopes of steep hills

The first potato crop in Germany was made in 1647 at Pilgramsreuth, next to Rehau, then ruled by the Hohenzollern Dynasty, and in 1649 at the Lustgarten in Berlin.

In Prussia, Frederick II the Great strove for the potato to be widely cultivated. He is undoubtedly better known for his warlike actions than for his preoccupation in the cultivation and extension of the potato, but they say that he made the first patatales in Berlin by having his soldiers take care of them. On March 24, 1756 Federico II published a circular ordering the cultivation of the potato, which contributed significantly to its expansion and cultivation.

In Switzerland in the eighteenth century potatoes were grown as food after a century of being used as an exotic decorative plant. As in Peru these were cultivated until heights of 2000 meters.

Properties and Benefits of Potatoes