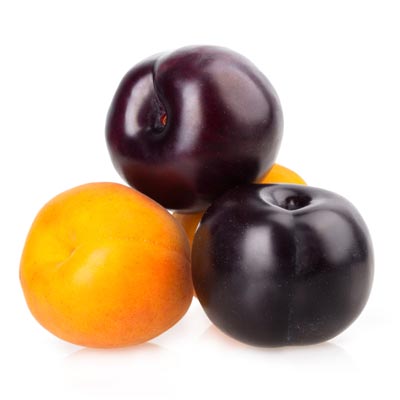 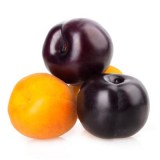 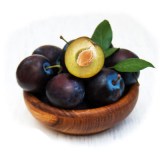 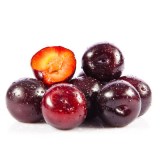 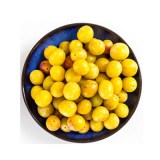 Product Availability:   No stock
The plums are sweet and juicy fruits. Each variety has a different tone and flavor from varieties with acid touch to sweeter.

History and origin of plums

Plums are likely to be one of the first fruits cultivated by man.

They originate in the Caucasus, Anatolia (modern Turkey area) and Persia (now Iran). Its origin is widespread as wild plums were found in Japan and also reached North America with the British settlers. We found remains of wild plums dating back to the Neolithic together with olives, grapes and figs.

The European species "Prunus domestica" originated in the region around the Caucasus and the Caspian Sea and is at least 2,000 years old. Some sources believe that this plum was taken to Rome in 200 BC. and subsequently to northern Europe. Others claim that the Duke of Anjou René I of Sicily introduced them in southern Europe. The French welcomed enthusiastically this fruit both fresh and in dried form. Over time, French immigrants brought plums to Quebec, where a traveller recorded blossoming plum orchards in 1771.

Another species of plum of the ancient world, probably of European or Asian origin, is the Damson plum; ancient writings of those early plums connect with the region around Damascus cultivation. The Japanese plum was first cultivated in China thousands of years ago but has been widely developed in Japan from there it was introduced in the rest of the world.

Plums appear in the writings since 479 B.C. And they were praised by Confucius and other Chinese ancestors in their writings.

The plums are produced around much of the world and China is the largest producer. In 2013 in the ranking of top producers also appeared Serbia, Romania, Chile and Turkey. This ranking changes every year due to natural alternation of plums.

In the USA Japanese plums are predominant and California was a dominant producer in 2011 with Washington and Oregon, among others. California plums are in fact the best known in the USA, in France the Agen and in Spain those from Aragon, Lleida and Seville. The variety "claudia" was named in honor of Queen Claude from France.

In Colombia, known the plum fruit is known as "plum Calentana" typical in the city of Girardot (Cundinamarca). In the Atlantic Department, it is held every year the Plum Festival, which offered all kinds of products that are based on this delicious fruit (ice cream, candy, wine, preserves etc.).

In Ecuador, it grows around the city of Ambato.

Properties and benefits of plums