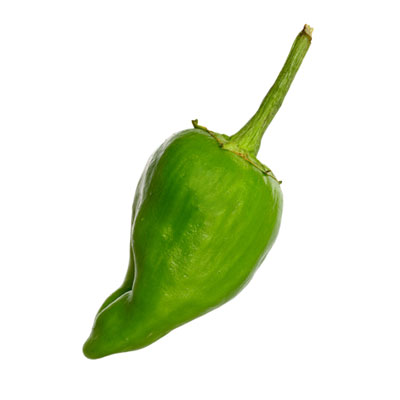 Product Availability:   In stock
With the Padrón pepper it is already known that some bite and others do not. These peppers have similar nutritional values to green peppers.
1,43 €
Discount
Price / kg:
Ask a question about this product

The Pepper of Padrón is a variety of pepper appears in Spain in the convent of San Francisco de Herbón in Coruña, Galicia.


They are peppers of small size, between 5 and 10 cm at most of a yellowish green tone. They are elongated and conical and the bulbous streaks give it a wrinkled appearance when being fried. Its main characteristic is that some are really spicy although today they account for 10% of these.


Currently there are varieties that are grown in other areas of Levante like the one we offer in Comenaranjas. Although traditionally found from May to late October today (as in many other fruits and vegetables) it is possible to enjoy them throughout the year thanks to the cultivation in greenhouses.

We previously talked about Galician origins in Spain although the reality is that this pepper it is a variety from Chile and domesticated in Mesoamerica that was imported to Galicia by missionaries of the Franciscan convent of Herbón between the sixteenth and seventeenth centuries probably from Mexico or the southwestern United States.

Padrón peppers are usually fried in a frying pan or grilled and seasoned with fat salt. They are usually served in a fountain accompanying meats or fish or as tapas where they are caught from the small large end that helps to eat it. You can cook them on the grill or in the microwave, this would of course be the healthiest and ideal way for weight control diets. You may like more fried in oil but remember to use kitchen paper to remove the excess of this, because it absorbs a lot. 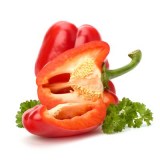 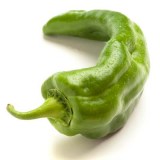 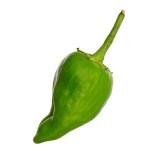 Provenance
Valencia (Spain)
Back to: Peppers