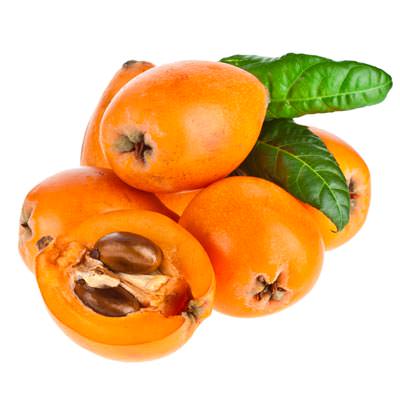 Product Availability:   No stock
The loquat from Callosa d'en Sarrià in Spain contains varieties certified with the seal of Designation of Origin for the high quality of these fruit.
3,80 €
Discount
Price / kg:
Ask a question about this product

The loquat is a fruit of high vitamin content and low in calories despite being rich in sugars.

It is characterized by a yellowish or orange colour and a strong skin which peels easily. The flesh is bright yellow or whitish colour and has a sweet flavour with slightly acidic touch.

The loquat is a delicious fruit but the tree also stands out for its ornamental capacity and remains one of the most used.

History and origin of the loquat

Although its origin is quoted in Japan about 1,100. BC. Some botanists suggest that cultivation began in China and was later introduced to Japan. It is known as loquat from Japan to distinguish it from the European loquat although as mentioned it is likely to come from China.

Loquats grew in the Caspian Sea region more than 3,000 years ago; around 700 BC came to Greece from where it spread to Rome around the year 200 BC. It was an important crop in the middle Ages and the Roman Empire.

In the eighteenth century it spread to Europe where it was grown as an ornamental tree and around half of the nineteenth century it was introduced in the United States. Between the 60s and early 70s they began to cultivate more intensively improving fruit quality with techniques still in force today.

Designation of Origin from Callosa d'en Sarria in Spain

This loquat has a Protected Designation of Origin since June 14, 1991 that identifies and protects the crop in several municipalities from Alicante belonging to the Marina Baja and el Campo de Alicante in Spain.

The most cultivated and protected under this label are common varieties Algar, Magdal, Golden and Nadal.

Its quality is due to the culture in a privileged environment purely Mediterranean with mild winters that allow optimum fruit ripening. The harvest is done manually selecting fruit size and perfect quality for the consumer.

In the village Callosa d'en Sarria there has been a big effort improving the certification in the past 100 years to today presenting a product of superior quality. In these inland areas as well as a suitable climate for the cultivation of this fruit we find a good quality water. The whole village has turned in the production shaft driving its economy further the quality and cultivation of this fruit and turning the village into the leading producer of Spain.

Properties and benefits of loquat from Callosa d'en Sarria