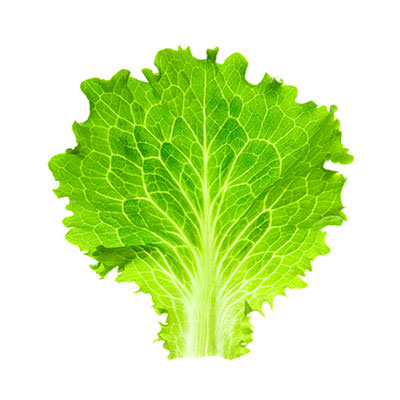 Product Availability:   In stock
Lettuce is a basic component of the Mediterranean diet. They contain many vitamins, fibre, mineral salts and have a low caloric intake.

Most of the commercial lettuce we consume today comes from the same family as the old wild lettuce.

History and origin of lettuce

This vegetable was consumed over 2000 years ago and was also used as a medicinal plant in Rome, Egypt, Persia among other places.

The Romans used to eat it after an abundant dinner, just before bed to be able to sleep better.

There are engravings in Egypt estimated from 4,500 BC. In fact some sources name Egypt as the origin of lettuce because a bed of lettuce is the symbol of Min, the god of fertility.

Lactuca sativa is the botanical name that receives common garden lettuce. This name comes from the Latin word "lactis" which means milk since inside it we find a white milky sap between the stems and the thicker veins of lettuce plants.

Lettuce is a plant whose origin is situated to the south of Europe from where it expanded to the rest of the continent in the time of boom of the Roman empire.

The reality is that this is only a theory because its origin is not confirmed since some authors point towards India as origin while others place it in North America and the temperate zones of Eurasia.

The cultivated lettuce developed long ago in the Fertile Crescent, a historic region extending from the Nile to the Persian Gulf, a humid and fertile land where many early civilizations developed.

What we know for sure is that the medicinal use of lettuces is ancient as evidenced by their presence in the Capitulare de villis vel curtis imperii, an order issued by Charlemagne to claim their fields for cultivating a series of herbs and spices including wild lettuces, Predecessors of the current Lactuca sativa.

In the Middle Ages consumption declined but gained importance again in the Renaissance.

Coming from the Mediterranean area, lettuce was first introduced in America by Christopher Columbus when he sailed the great blue ocean in 1492.

Properties and benefits of lettuces

Back to: Fresh vegetables