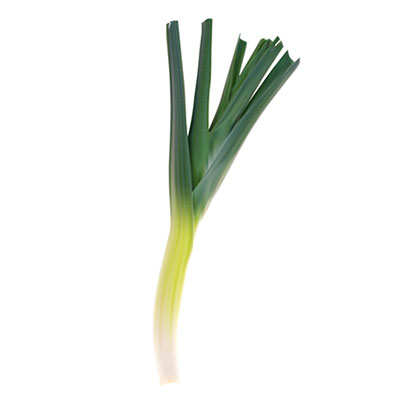 Product Availability:   In stock
The leek has a flavour which is similar to the onion but sweeter and softer. We eat the white bulb inside the plant.
0,95 €
Discount
Price / kg:
Ask a question about this product

This tasty vegetable is sold in large units of around 400 grams.

History and origin of the leek

Its origin is uncertain since a wild predecessor has never been identified but we have references to the first crops.

Leek has been cultivated since the time of the ancient Egyptians. Dried samples, carvings and drawings on the wall show that the leek was part of the Egyptian diet around the second millennium BC.

There are also texts that survived our time that speak of leek cultivation in Mesopotamia around the same period.

This plant was already consumed in Egypt in 4000 BC. and in the Far East. Nero was passionate about leek and consumed it in soups and oil preparations as Pliny tells us in his writings. Actually, he was so passionate that he received the nickname Porophagus (leek eater).

The Romans also used it in the kitchen and were great knowers of this plant.

Its introduction into the British Isles changed the concept of leek from being a simple garden variety to a national symbol for Wales. History names the Phoenicians as the first who brought leeks to Britain to trade them with the Welsh where it would soon become a staple of the diet. Between 620 and 640 King Cadwallader and his men used leeks in their hats to differentiate themselves from their Saxon enemies. This vegetable was associated with St. David and it was said that any maid who slept with the leek under the pillow on her feast day (March 1) would see her future husband in a dream.

In the Middle Ages its consumption was more important as it was used to fight against the hunger of the moment. We can say that it was one of the most popular foods at this time. Its cultivation spread throughout Europe and then the rest of the world.

For over 4000 years they have been used for cooking in Asia and Europe but in the United States leeks have not become popular until now.

Properties and benefits of leeks