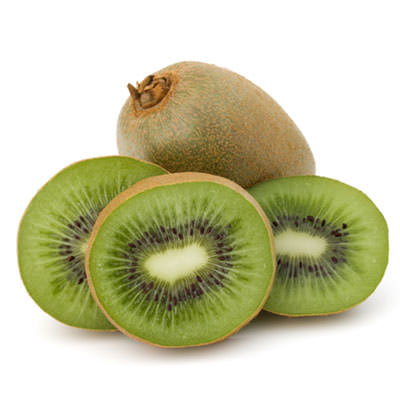 Product Availability:   In stock
Kiwis are refreshing fruits born in China which later spread to countries like New Zealand or Italy.

History and origin of the kiwi

The kiwi originated in China, back then it was a fruit known as "yang-tao". Although it is native to the Himalayan foothills today its associated with New Zealand because it was there that had an important commercial development in the mid-twentieth century. The oldest evidence of this fruit dates back to the Ming Dynasty in 1200 BC. There is evidence for the first time of use in medicine in the 300 BC. In 1845 Robert Fortune was the first European to report on it.

In 1904 Isabel Fraser (teacher in Wanganui, New Zealand) returned from a trip to China with black seeds that were planted by the horticulturist Alexander Allison. A year after the first kiwis in New Zealand were grown but still was called Chinese gooseberries.  A turning point for kiwis was the year 1928 where scientific horticulturist Hayward Wright developed an excellent variety of the Chinese gooseberry that stood out for its oval shape, long shelf life and delicious taste. Today, Hayward is the most popular variety in the kiwis. In 1952 McLouglin send by boat 20 boxes of kiwis to England with a cargo of lemons and this hit the market in Covent Garden in London. Such was the success of those who tasted the fruit that the buyer placed an order for 1,500 boxes spreading the popularity of this fruit by the Anglo-Saxon world.

In 1959 finally this fruit was called "kiwi" after ruling the previous "Chinese gooseberry" or "melonette" by the cost in tax they had. The Kiwis from New Zealand called this fruit "kiwi" in recognition of a national symbol of kiwi bird and to especially highlight the similarities between the fruit and the bird. This flightless bird has feathers light brown color and a round belly.

In terms of area planted Turkey has become the world leader with a share of almost 30% moving Italy to a second position, the historic leader. In third and fourth place are New Zealand and Chile. Among these four countries they plant about 78% of total cultivation area of ​​kiwis. Therefore we talk about a very concentrated area to supply the world market.

As the world's largest producers, Italy currently leads the production of kiwi, followed by New Zealand, Chile, Greece, Japan and the United States. The 4 first mentioned countries cover more than 80% of world production. Interestingly their country of origin (China) has never been among the top 10 producers of this fruit.

Spain stands out as the largest importer of kiwi in volume worldwide. In export stand 2 of its largest producers, New Zealand leading the ranking and closely followed by Italy.

Properties and benefits of kiwis

Did you know that a kiwi provides more vitamin C than oranges and lemons?

This is just one of its strengths, its high content of vitamin C and E, other highlights:

Mar Sanz
Back to: Seasonal fruits