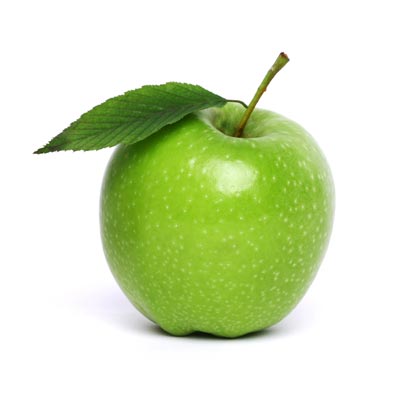 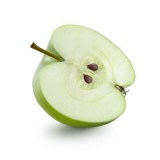 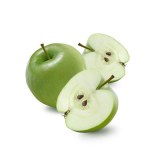 Product Availability:   In stock
Granny Smith apple is bright green and crisp, slightly acidic and juicy, being excellent for both cooking and eating raw.
3,16 €
Discount
Price / kg:
Ask a question about this product

They have an intense green hue although some are pink; also have light white spots on the outer skin known as lenticels. Oxidise take longer than other varieties of apples and are therefore widely used in salads. Is a very versatile apple as it can be eaten raw or cooked in mild given the only acid that provides a nice touch for multitude meals.

Its shape is round and flesh is white and very juicy, crisp acid and giving off a delicate aroma. It is famous for being one of the most frequently used for apple pie and pastries. It is really appreciated in the kitchen of the UK and is used as stuffing for their classic cakes. Its touch of acidity makes this Granny Smith apple suitable for cooking sweet fortified sugar.

Today it is a really appreciated apple on the market by consumers. It differentiates much of its most popular sisters for their intense colour and light touch of acid.

Apple Granny Smith is a hybrid apple artificially created as crossing between two species. It emerged in Australia in 1868 after Maria Ann Sherwood Smith created the first graft. The family in its history tells that the apple originated in their farm near the remains of several crab-apples where Mary Ann threw manure stream. Despite the death 2 years after of her founder local farmers continued growing this delicious apple.