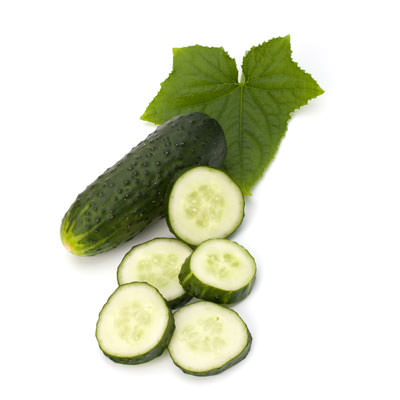 Product Availability:   In stock
Cucumber is one of the most produced and consumed vegetables in the world and stands out for being very rich in vitamins and for its high moisturizing power.
0,95 €
Discount
Price / kg:
Ask a question about this product

Although considered a summer vegetable is relatively easy to find available throughout the year and so we offer it from our greengrocer.
It is a fruit coming from a herbaceous plant that receives the same name.
Nowadays it is a typical ingredient of Mediterranean salads and its variant pickled a popular appetizer. In the kitchens of the world it is very common to use it in raw salads or cucumber soups that are very popular in northern Europe.

History and origin of the cucumber

Cucumbers originate in the tropical regions of South Asia. It has been cultivated in India for more than 3000 years. It appears mentioned in Atharva-veda with name uruaru that is the fourth oldest text of India that has date of the beginning of the first millennium BC

A few years ago it was believed that it was part of the Greek and Roman gastronomy naming the old Pliny himself but the truth is that this reference comes from confusion with another cucurbit.
The presence of cucumber in what we currently know as Turkey, Iran and Iraq would not occur until the sixth or seventh century AD. Arab sources place it in Tunis in 920 and in Spanish Al-Andalus in the second half of the tenth century. In Italy it would appear in the eleventh century.
Records appear in France in the ninth century and in England in the fourteenth. The first hybrid appeared in the year 1872.
The Spanish conquerors were the ones who introduced the cucumber in America.

Properties and Benefits of Cucumbers