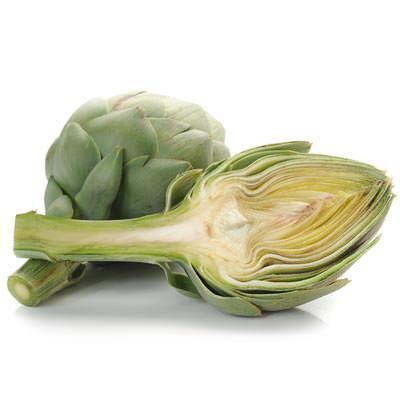 The artichoke is the healthy vegetable par excellence that in addition to wide benefits for our health is considered as a flower of a high healing power. It is a delight to be able to enjoy natural artichokes in a multitude of dishes with so many different ways to prepare them. It is one of our favourite products and a classic of our shop since it was the first one added after oranges and clementines.

History and origin of the artichoke

Artichoke is one of the oldest cultivated vegetables. In general terms historians usually agree that artichokes arose somewhere in the Mediterranean, some believe that in Sicily and others that originated in North Africa.

Be that as it may, the artichoke is actually an improved version of the thistle that is smaller and prickly. Its cultivation began in century V BC. They traveled through Italy in the fifteenth century from Sicily and in fact appeared in Tuscany around 1466. The Dutch introduced the artichoke in England, in 1530 they were beginning to grow in the garden of the palace of Henry VIII located in Borehan (Essex) . The story tells that it was introduced in France by Catherine de Médicis who liked to eat artichoke hearts. The French took it to Louisiana and the Italian immigrants to California, so it was introduced in America although other historians claim that Spanish settlers were the first to introduce artichokes in the American continent.

The Cynara plant was known by Greeks and Romans. A Greek myth tells us about the maiden named Cynara from whom Zeus fell in love and decided to turn her into a goddess to take her to Mount Olympus. Cynara missed her family and decided to return to earth to visit them. This caused an annoyance in Zeus that led him to turn Cynara into the first artichoke. Cynara scolymus is the scientific name that receives this herbaceous plant.

In Spain we find the most extensive crops in Alicante, the Ebro Valley and the valley of Murcia. Worth noting are the valued artichokes that are grown in the fertile lands of Llobregat in Barcelona.

Properties and Benefits of Artichoke

It is widely used in weight control diets since it only contains 40 to 50 calories.

It has vitamins A, B6, phosphorus, calcium, magnesium, iron, potassium, sodium and carbohydrates, also proteins and carbohydrates that are transformed into sugar and therefore energy for the body.

It is used to fight digestive discomforts such as dyspepsia, flatulence, nausea, stomach pain and vomiting among others.

Orally it is used for the treatment of atherosclerosis and dysfunctions of the kidney thanks to its diuretic effect.